The Sun Festival: The most important festivity of the Inca empire is repeated every year on June 24th. For a culture that based its religious system on worship of the sun, this festivity was a major occasion.

The event follows the June 21st winter solstice, the shortest day and longest night of the year, and the ceremony calls upon the sun to return, with the people of Cusco celebrating with music, dancing, and actors playing the roles of the Inca and his royal entourage, in a lavish recreation of the Inca festivities.

During Inca times, approximately 25,000 people would gather in Cusco to celebrate the festival of Inti Raymi. The Sapa Inca, nobles, priests and headmen of the Inca Empire would gather in Haukaypata to a witness a parade of cloth wrapped ancestral mummies that were brought from nearby temples and shrines. As many as 200 hundred llamas would be sacrificed during the festivities and the Haukaypata ran with sacred blood and plentiful chicha (the Inca beer). The festivities took place from dawn to dusk. There were special dances and coca leaves were read and burnt in great quantities. Inti Raymi was the greatest Inca festival of the year and everyone who attended became drunk with spiritual communion.

The modern day re-enactment of Inti Raymi still retains all of its majestic glory, albeit without the procession of ancient mummies and just 1 animal sacrifice at the culmination of the day’s celebrations. The celebrations start in the morning on the large open cancha at the front of the Inca Temple of the Sun – Korikancha. With the arrival of representatives from the four suyos of the Inca Empire (Qollasuyu, Kuntisuyu, Antisuyu y Chinchaysuyu), the Sapa Inca opens the festivities with invoking praise to the sun god – Inti. From Korokancha the royal entourage continues the short distance to Cusco’s Plaza de Armas. A ceremonial reading of the sacred coca leaf then takes place to foresee the fate of the Inca Empire for the up-coming year. The ancient Inca archaeological site of Saqsayhuman is where the final part of the re-enactment is played out. Thousands of local spectators crowed the surrounding hills for a glimpse of the ceremony, whilst premium grandstand seats are available in the main arena of Saqsayhuman. Dressed in full costume, the Inca delivers his final words in Quechua before a ritual sacrifice of a llama. The festival finishes as the air fills with the sound of horns, panpipes and beating drums.

Grandstand seating within the arena of Saqsayhuman is the best option to watch Inti Raymi. These seats are premium seats and are sold on a first come first served basis. There are two price bands for Inti Raymi Tickets: Orange and Blue seating (the best) which costs US$ 160 per adult* and the slightly cheaper Green seating which costs US$ 120 per adult*, a 50 % reduction applies for children under 12 years old. For the best and most informative experience it is always best to go with a guided or as part of an organised tour group.

*Prices are based on 2022 published rates.

Inti Raymi - The Sun Festival: The Festival of the Sun – Inti Raymi Each year on June 24 (the winter solstice in the Southern Hemisphere) Cusco celebrates the Inca Festival of the Sun – Inti Raymi. Created by Inca Pachacutec, Inti Raymi was a tribute to the venerated Sun God Inti. Nowadays, the festival draws thousands of local and international visitors to the ancient Inca capital – Cusco – to celebrate one of the most important events of the calendar year. 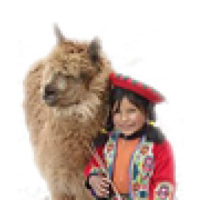